HomeMergers And AcquisitionsWhy We Love Paypal Honey Acquisition (And You Should, Too!)

Why We Love Paypal Honey Acquisition (And You Should, Too!)

PayPal Holdings declared its biggest acquisition ever, that of Honey Science Corporation – the creators of a deal-finding web browser add-on and mobile app, for $4 billion. Honey gives an extensive line of products and services that assists users to score savings and deals as they buy online. In the press release, PayPal said that the transaction

“will transform the shopping experience for PayPal’s consumers while increasing sales and customer engagement for its merchants.”

Honey will continue headquartered in Los Angeles, and its owners, George Ruan and Ryan Hudson, are assumed to stay to manage its team where they’ll act on product integrations and scaling the technology to a significantly more extensive user base. Also accompanying is Honey’s L.A. organization of 350 employees. 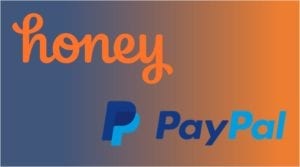 The acquisition will provide Paypal space in the customer’s buying journey. With this transaction, PayPal will leap forward to become a part of the deal discovery process. At present, Honey’s 17 million monthly active subscribers take benefit of its series of cost-effective tools to track expenses, receive alerts, create lists, scan offers, and engage in an Ebates-like rewards plan called Honey Gold. Its users favor to be more modern, millennial buyers, both male and female. PayPal intends to combine Honey’s technology to its product line, extending its scope to PayPal’s 300 million users. Further, PayPal’s chain of 24 million merchant associates will obtain the capability to extend targeted and more customized promotions to users as a way of earning increased business and making increased sales. PayPal Credit can be integrated into Honey to improve finance more meaningful shopping.
The alliance of Honey’s similar consumer products with Paypal’s platform will improve Paypal’s capability to spur engagement and perform a more significant role in the day to day life of its purchasers. The organization of Honey and PayPal combines added meaningful dimension to the payment platform. The purchase further provides PayPal a means to combat the risen competition from Apple, Google, Facebook, and new tech companies that have joined the payments business in current times. Post this acquisition, PayPal quickly turns the action away from the checkout page itself to compete in all the sites. Alternatively, buyers go to explore, scan, and deal-hunt — whether that’s right on retailers’ websites or by more latest platforms, like Pinterest or Instagram Shopping.

Critiques on the Paypal Honey acquisition

According to Crunchbase, Honey had accumulated more than $31 million from investors. The company is profitable, which is considered rare among V.C. controlled startups. Honey resolves actual problems, as corroborated by its 17 million users. Further, the company has accomplished this growth with minimum publicity.
Yet $4 billion is a significant payment for a business like Honey. According to WSJ, the company foresees to get mid $250 million and $300 million this year. The company’s margins may be notably small because of its business model. Honey derives its commission from shops when customers use its platform to buying something. Merchants give this fee because Honey can show that its platform enhances sales conversion rates. PayPal executives indicated that Honey’s business model would develop post-acquisition as the company considers various ways to monetize customized offers and user engagement.

WSJ recorded that the company valued at around $700 million in its freshest funding current year. Hence, it is difficult to understand what transpired since that acquisition to evaluate the company at $4 billion.
The coupon business is hugely competitive because of the low barriers to entry in the industry. A swift peek at comparable extensions in Google Chrome presents several related applications. Honey is well-positioned because of its new wealth of capital. Besides, it is hard to envision how Honey’s acquisition will help improve PayPal’s GMV.

Honey will stay functioning autonomously, and its patrons will remain to manage the business. The issue is whether these founders will maintain operating the company with the determination they had before the acquisition. Earlier, these founders led the firm with perseverance and commitment because they expected to exit the business. This allegiance will possibly decline as they proceed to begin other investments with the current bonanza. For example, Jan Koum, the Whatsapp founder, too, departed Facebook following differences in its prospect. At PayPal, Bill Ready, who was the Chief Executive of Braintree, stated that he would resign this year.

There is the concern of data, which is one cause why PayPal executed the acquisition. As the U.S. goes to the ensuing year’s election, there is a general dislike of how large corporations utilize data. As a payment business, PayPal has remained protected since it does not allow any advertisements. Honey, on the contrary, could produce data concerns to PayPal as Honey gathers and shares data with its trade allies as described in this privacy policy. This strategy could drive to vital issues in the future for PayPal.

PayPal is a great business; however, the company’s executives anticipate growth to decrease as the payment business approaches a point of saturation. This stagnation in the market is apparently why the CEO, Dan Schulman, has authorized to proceed with the acquisition spree. If PayPal is victorious in cross-selling Honey to its vast network of user accounts, Honey can assist PayPal to resist off competition, improve user engagement, and make Honey’s mobile shopping assistant the following massive point in mobile commerce.